Six months have passed since Barack Obama was installed in the White House. Not much time, but enough to observe changes and continuities in the United States relationship with Latin America. Prominent analysts have emphasized the changes. In his Le Monde Diplomatique column entitled “Positive Balance”, Ignacio Ramonet argues that Obama has not made serious mistakes, maintains a high level of popularity and has fulfilled his main promises, including beginning a new era in relations with Latin America.

Clearly, the above-mentioned opinion is the predominant one, even after Obama’s wavering in relation to the coup d ‘ état in Honduras, an event that has led other analysts to emphasize the continuities in U.S. foreign policy. It would be too simplistic to conclude that there have been no changes. Obama displays a new discourse with more refined style, as evidenced in his meeting with the Presidents of Latin America, including his friendly gestures towards Hugo Chavez, and he appears intent on understanding the rest of the world, as was seen in his June 4th speech in Cairo. Very different, to be certain, from the arrogance of the cowboy George W. Bush.

Gestures and styles are not just symbolic manifestations to be discarded. The masses of humanity have fought and continue to struggle for dignity, something that cannot be limited to matters merely material in nature. Nevertheless, gestures alone are not enough. If there really is to be change, it must happen in places and moments of crisis. Honduras is a test case that the Obama administration is not handling well, but neither can he be blamed for direct support for the coup. It is still too early to know how the crisis will turn out, though each day that passes without the return of Manuel Zelaya to the Presidency of Honduras is a victory for the coup forces.

The area of Latin America that continues on fire is the Andean region and Colombia. What does Obama offer by way of change in that region? Some would say not even the gestures that he has offered in other situations. In Colombia, militarism continues to grow with the U.S. military presence escalating to virtually irreversible levels, and it is happening under the Obama administration. 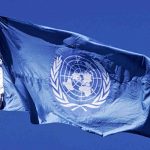