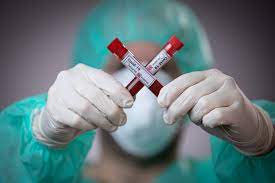 We are exposed to scientific terminology on a daily basis, yet the average lay person constantly uses it in a most unscientific manner. You have heard statements such as, “Close that window before the heat escapes!” The implication is that heat is some sort of fluid which can move on its own. In fact, what is meant is that heat will be moved by convection, that the particles carrying this energy will be moved.

Likewise the expression, “You have a temperature,” implies temperature is a transient phenomenon. Of course, what is meant is that a person’s temperature is higher than usual, not that it can come and go in an all or nothing manner. Though these are merely expressions, the fact that they provide scientifically inaccurate descriptions of the world may naturally lead students to misconceptions long before they ever reach the classroom.

Further complicating the matter is the American system of recording temperature in Fahrenheit. On every weather broadcast and bank clock in this country a system seldom (if ever) used in published scientific material further broadens the distance between the average citizen and scientific understanding. Because science is taught in this country in Celsius, students will have trouble adjusting to the “new” system and will never accommodate the lessons on heat. New knowledge remains unconnected to what the student knows because of this gap and the misconception remains unaddressed on this level.

Prior to the eighteenth century it was thought that heat was a fluid, something found naturally in substances. This seemed logical enough. When wood was burned, heat was released. If you left a poker in a fire, heat would travel up the metal as it accumulated. However, an individual named Count Rumford systematically addressed this phenomenon. Rumford was a practitioner of science, but he also owned a cannon boring factory. Cannons were manufactured by hollowing out the solid cast iron cylinders. This hollowing was accomplished by a boring contraption driven by a horse on a treadmill.

The count noticed that the tremendous amount of friction applied to the iron cylinders produced an equally tremendous amount of heat. This heat seemed to be limitless, so long as energy was applied to the system. Whether consciously drawing from or intuitively understanding the law of conservation of energy, the count made the conclusion that, though heat behaved very much like a fluid, it was in fact a form of energy converted by friction in this case from the horse driving the boring instrument.

In spite of the understanding gleaned by Rumford’s observations, the misconception that there is an inherent difference between heat and “cold” continues in many minds. Heat is present everywhere, only in varying amounts. When we touch something and it feels “cold” we are not feeling something opposite “hot” we are feeling the different in thermal energy between our hand and what we touch. Metals feel colder than other material even when they are at the same temperature because metals are better conductors of heat. Thus, they move heat away from your hand faster.

The concept of relative differences is also difficult for students to grasp since we live within a very narrow temperature rage. The temperatures possible in our own solar systems are astounding. If Venusians ever visited Earth they would be amazed at the fact that we are surrounded by frozen metal. The glass in our windows would melt or perhaps evaporate on their planet. Conversely, aliens from Titan would be shocked by our liquid ammonia and gaseous methane. Both races might be similarly impressed by the fact that we humans are composed of 70% liquid water! Heat is present to a greater or lesser extent in all matter over absolute zero.

In our experience heat is transferred through a physical medium most often here on Earth (e.g., from the heating element on the stove through the pot to the food being cooked). In space, where nothing is touching the astronaut, how can heat be lost? Besides conduction and convection, radiation can also transfer thermal energy. Though invisible to humans (without using a special camera) energy is given off in the form of infrared radiation. If you put your hand in the air near, but not touching someone else’s, you can actually feel the heat coming off of his/her hand. Even if there were no air in the room to conduct the heat it would flow outward.

In order to fully understand concept of heat, students must understand generalized concepts of energy. Conservation of energy, that energy cannot just “appear” or “disappear” from out of nothingness, is something apparently not emphasized sufficiently or effectively in lower grades. Students must also be made aware that all action leads to entropy. While the laws of thermodynamics seem so imposing to students, their ramifications are evident throughout their world. Relevant examples can and must be drawn from students’ lives to provide the cognitive framework to combat misconceptions regarding heat and other misunderstood scientific phenomena.

A Short Introduction to Economics 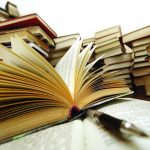