Virginia Fernandez is worried. Five days ago she was apprehended by migration authorities in the southern Mexican state of Chiapas. Her crime? Being a Honduran on Mexican soil without authorization. Now, she is awaiting her deportation back to her home country. Nevertheless, this impending deportation isn’t what’s most worrying Virginia. No, Virginia is worried about being separated from her three young children who were traveling with her when she was apprehended. Her children are also in custody of Mexican immigration and are also awaiting deportation. The problem is that Virginia´s children are citizens of the United States of America. They cannot be deported “back” to Honduras along with their mother because they do not hold citizenship there. Instead, Mexican authorities are required to try to send them back to the United States, effectively breaking up the family.

Cases of migrants getting apprehended on Mexico soil and deported back to their home countries are not uncommon. Each year, Mexican migration detains approximately 150,000 undocumented migrants. The grand majority of these migrants are Central and South Americans heading northward to the United States in search of work opportunities and better pay. Mexican immigration policy places restrictions on who can cross its borders and who can obtain visas. Therefore, the majority of these migrants headed northward cross through Mexico “illegally” (without the necessary legal documents). Because Mexican immigration policy also authorizes immigration officials to seek out and apprehend undocumented migrants throughout the entire country, undocumented migrants risk getting detained during their entire time crossing Mexico.

Many consider these immigration policies and practices of Mexico to be inspired, at least in part, by the immigration-related political agenda of the United States. In recent years, this agenda has typically focused on keeping out “undesirables” and keeping out the unauthorized. The immigration policies of the United States place strict limits on who can enter the country and receive visas and, in general, tend to favor rich individuals, people from first-world countries, family members of citizens, and individuals with special skills and education. The poor and relatively untrained who don’t have U.S. citizen family members (characteristics which apply to the majority of potential immigrants from South and Central America) do not fit in to any immigrant group “desired” by the U.S. and have few options for entering the country legally. As a result, many of these immigrants attempt to enter the country in undocumented fashion, crossing the U.S./Mexican border “illegally” (at points other than the regulated points of entry). One way the U.S. has responded to the phenomenon of unauthorized immigration across its southern border has been to aggressively ramp up enforcement of this border line. Migration authorities are employed to seek out and apprehend migrants attempting to enter the United States without authorization. 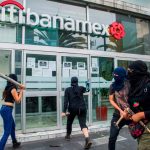 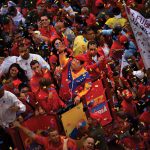