On Sunday, June 28th the Honduran military, under the leadership of two-time School of the Americas graduate General Romeo Vasquez, overthrew democratically elected president Manuel Zelaya in an illegal coup d’état.  With near unanimity, the international community immediately condemned the Honduran military’s brazen and unconstitutional takeover.  International bodies such as the Organization of American States and the United Nations have called for President Zelaya’s immediate and unconditional reinstatement.  As Hondurans take to the streets to protest their president’s ouster, we must stand in solidarity with the Honduran people by demanding that our elected officials also act decisively  to help end this undemocratic military coup.

Though President Obama and Secretary of State Hillary Clinton have condemned the Honduran military’s actions,the administration has yet to follow the example of Latin American nations, the Organization of American States, the United Nations, and the European Union in explicitly calling for the unconditional reinstatement of Manuel Zelaya to the presidency.  The United States must do so to demonstrate its unequivocal support for the legitimacy of Honduras’s democratically elected leader.

The Pentagon has announced that cooperation with the Honduran military is on hold and that it will “postpone joint operations” in the wake of the coup.  Though this is a welcome response, further steps must be taken.   U.S. law holds that in the event of a military coup, U.S. military aid must be frozen.  The Obama Administration has yet to officially classify the military coup as such.  In order to unambiguously show our condemnation of the military takeover, the Obama Administration must immediately acknowledge the takeover as a military coup and cut off all military aid ***AND ADD YOUR OWN NOTE TO STOP THE $ FROM THE MERIDA INITIATIVE TOO****to Honduras for as long as the coup leaders maintain power. 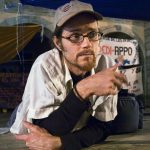