“We are not coming to the Department of Justice looking for justice.  We are bringing justice to the Department of Justice!” said Pam Africa, head of the International Concerned Family and Friends of Mumia Abu-Jamal (ICFFMAJ), at the outset of the march in Washington D.C. to demand that the Attorney General appointed by Barack Obama, Eric Holder, open a civil rights investigation into the countless abuses in the trial and appeal process of the former Black Panther and revolutionary journalist.  In the words of Dr. Suzanne Ross of the Free Mumia Abu-Jamal Coalition of NYC, “…a civil rights investigation could mean the difference between life and death for Mumia.  It could also open the door for his release.”

Holder, however, was too busy to receive a delegation of human rights defenders to discuss the case of the respected author of six books who has been named an honorary citizen of around 25 cities in the world. In view of this insult, MOVE sympathizer Orie Ross, turned over several boxes filled with 25,000 petitions to a Justice Department functionary and detailed the history of abuses against Mumia Abu-Jamal during the 28 years that he’s been imprisoned, falsely incriminated and condemned to death for the murder of a policeman in Philadelphia on December 9, 1981.

The demand for a civil rights investigation is being raised in the wake of the federal Supreme Court’s refusal last April 6 to hear the case, effectively denying Mumia his right to a new trial –a measure granted to many other prisoners condemned to death in similar process plagued with racism. The Supreme Court’s delay in deciding whether or not to hear the Philadelphia District Attorney’s appeal to reinstate the death penalty, revoked in 2001, is an ominous sign. It seems that the court is considering another case (Smith v. Spisak) that could result in the re-imposition of the death penalty for Mumia. The media campaign to execute him has always been strong in Philadelphia and is now more intense than ever at the national and international level in Fox News and the German weekly Der Spiegel, while corporate media like the Philadelphia Inquirer are promoting the upcoming premier of a new piece of anti-Mumia propaganda by the documentary filmmaker Tigre Hill of Philadelphia: The Barrel of a Gun.

This Thanksgiving, take action to end the harvest of shame in the fields 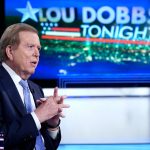