About a month ago, a young Honduran woman arrived in the clinic at the Casa del Migrante in Tapachula, where I have been working as a doctor’s assistant. She wanted to know if we had the birth control shot, Depo Provera. She told us that her previous one just worn off and, because she knows what the dangers are like in the trip that lies ahead of her; she wants to be protected, at least against pregnancy. In other words, this young woman knows that it is highly likely that, during her time traveling as an undocumented migrant in Mexico, she will be raped.

According to the 2008 Migration Forum in Madrid, Spain, eight out of every ten female migrants that enter Mexico through its southern border are raped at some point during their journey through the country. And this figure doesn’t even take into account the more subtle forms that women are taken advantage of sexually, such as exchanging sex for “protection” along the journey from a male traveling companion or feeling the need to prostitute themselves in order to earn money to satisfy their basic needs.

For me, it’s hard to even conceive of what it would be like to be in a situation like many of the female migrants traveling across Mexico; to be cognizant of the dangers that faced me, but to feel the need to take them on, meanwhile negotiating my options to make the repercussions the least harmful possible. But rape is rape. Even when you work your options to ensure that you don’t get pregnant, no woman should have to have the experience.

The woman who entered the clinic that day was my same age. She has a child, but she has spent the last year working in a bar in Guatemala to try to earn money. Now she is heading northward to the United States to try to find better work, and, although she is clearly scared, she is ready to face the heavy dangers that may lie in her path. She wants to earn money to support her son. Speaking with her, hearing her story, I was struck by the world of differences between the two of us, by the extent to which my life has guaranteed me privileges that this woman can hardly touch. And yet, we weren’t quite so different. We laughed together as she told stories from her journey. And when the doctor was getting ready to give her the birth control shot, she looked at us with worried eyes and asked in a serious voice, “Does it hurt? 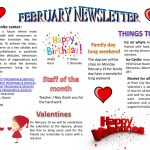