Negligent of women’s rights, congress members of Oaxaca voted in favor of a constitutional reform that under the supposed protection of unborn fetuses, would violate women’s right to decide, the right to liberty, reproductive autonomy, non-discrimination, life in general, and the protection and general well-being of women.

Under the reform approved by congress members, not only will women be discriminated against, but other contraceptives will be threatened from being used including the intra-uterine device (IUD); the use of methods to assist reproductive fertility and medical assistance to support women who have issues fertilizing their eggs will also be threatened.

Also, women who choose to abort when their health is in grave danger or when a malformation is detected will be criminalized under the new reform.

The proposed reform indicates that, “From the moment of conception, the child enters under the protection of the law and is refuted during its lifetime for all legal purposes, until its death”, of which resonates an underlying Catholic doctrine tone. 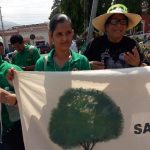 Honduras Resists: Betty Vasquez of Movement of Women In Resistance of Santa Barbara: We are in Resistance against the Coup

One year Anniversary of the Murder of Sali Grace 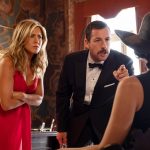