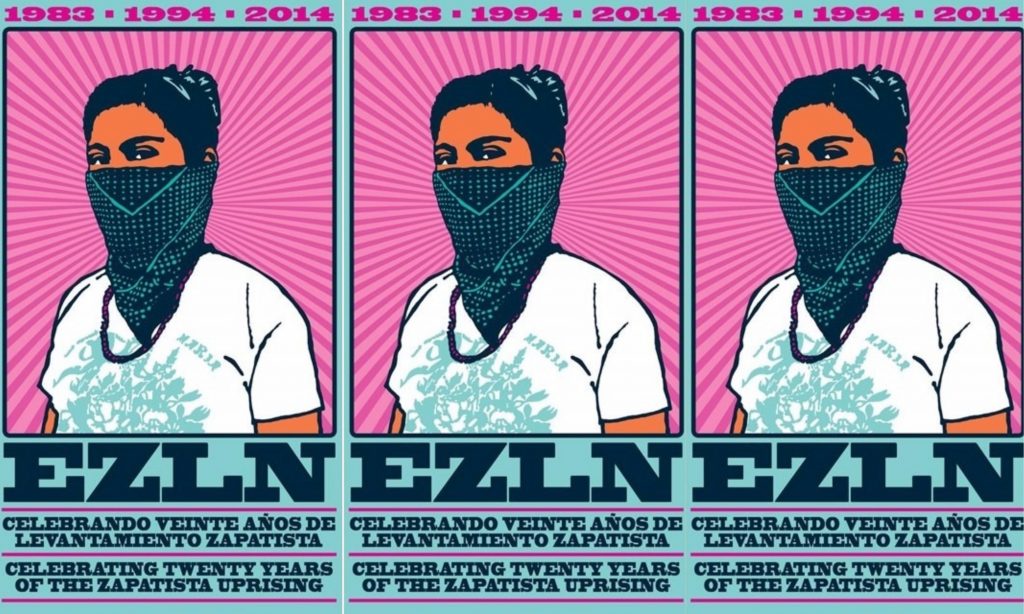 The Fray Bartolomé de Las Casas Human Rights Center and Movement for Justice in El Barrio, The Other Campaign New York, have written the following declaration with the goal of collecting signatures of support.

We ask that you please send us your signatures of support, including the name of your organization or collective and country, no later than Monday, October 17, 2011, to this address: movimientoporjusticiadelbarrio@yahoo.com

After this date we will send out the declaration with all of the signatures, so that we can disseminate them together and in doing so, we will demand an end to the repression they are confronting.

It has been over ten years since the Color of the Earth March, during which the Zapatistas gave the political class of Mexico one more opportunity to advance in the historical debt of 500 years of oppression against indigenous peoples throughout Mexico and the Americas. In spite of this violent and enduring experience, the indigenous Zapatista communities have kept alive a vibrant and profound history of resistance and struggle for over 17 years with the public uprising of the EZLN.

Since this historic moment, which represented an important step forward in their struggle for dignity and construction of autonomy, they have continued to fight against the neoliberal capitalist system that seeks to erase them.

Today, the Zapatista communities are a spirit of struggle, life, and dignity in the necessary building of communal being and the exercise of self-determination.

As a consequence of this, the Mexican State, by way of political actors and pro-government organizations, has attempted to dismantle the process of realizing the San Andrés Accords that is being carried out through the daily practices of the community, including for instance their projects of self-governance, justice, jobs, health, appropriate technology, education, and others.

The advancement of the Zapatista Rebel Autonomous Education System has served as a pretext to attack the Support Bases of the Zapatista National Liberation Army, of the San Marcos Avilés ejido, in the Chilón municipality of Chiapas, which have suffered various forms of violence—such as death threats, harassment, dispossession, sexual assault, forced displacement, amongst others—at the hands of members of the PRI, PRD, and PVEM.

On September 9, 2010, after the construction of the first autonomous school in said ejido, which forms part of the Zapatista Rebel Autonomous Education System, over 170 people were violently displaced from their homes by a paramilitary group, comprised of 30 individuals and headed by Lorenzo Ruiz Gómez and Vicente Ruiz López—both affiliated to the PRI, PRD, and PVEM. This group, which was armed with machetes and firearms, violently broke into their homes and even attempted to rape two women of the ejido.

According to testimony from inhabitants of the region, this attack was deliberately orchestrated to undermine the autonomous education project. Consequently, the Zapatista Support Bases were forced to flee their homes and spent over 33 days in the wilderness, surviving off plants and herbs. On October 12, 2010, upon returning to their community, and accompanied by a solidarity caravan, the displaced found their homes and belongings—including their animals, corn, and beans—ransacked. Their central crops, such as coffee and fruit-bearing trees, were also destroyed. At present, the aggressions, harassment, and threats persist.

The ongoing harassment and aggression have created the conditions of possibility for further violence, impunity, and systematic human rights abuses. They have, moreover, severely debilitated the daily life of members of the Zapatista Support Bases of San Marcos Avilés by preventing the harvest of their basic dietary foods, such as corn and beans.

Currently, with regards to the status of their health, we are aware of several severe cases of malnourishment of the population, which acutely impact women and children, and of the death of a young girl. In the San Marcos Avilés community, like in nearby communities, a typhoid epidemic runs rampant, and has claimed the life of at least one child.

It is clear that violence was utilized against the exercise of Zapatista autonomy, as embodied in its educational system, in order to undermine this historical process which the Zapatista Support Bases continue to develop via this new institution of learning.  As indigenous peoples, they have an undeniable right to build their autonomy, defend their ancestral lands, and create educational systems that support and reflect the cultural and intellectual practices of their own community. This right, furthermore, is endorsed by the San Andrés Accords, Convention #169 of the International Labour Organization, and the United Nations Declaration on the Rights of Indigenous Peoples.

In light of the ascending severity and frequency of these acts, we demand the following:

1. An immediate and permant end to the harassment, death threats, plundering, dispossession, sexual violence, and forced displacement perpetrated against the Zapatista Support Bases of San Marcos Avilés.
2. Respect for the right to self-determination, particularly as expressed in the construction of autonomous governance, justice, and education of indigenous peoples.

3. That the right to adequate nutrition be guarantied and upheld, as it constitutes the foundation of the right of all human beings to enjoy the highest level of mental and physical health. 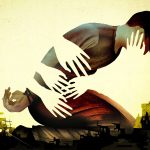 Fulfilling the Verdicts to Break the Wall of Impunity

Resistance to the mining industry in Mexico (II)