On 1 October 2010, the Inter-American Court of Human Rights (IACtHR) published two sentences against the Mexican State on the cases of Inés Fernández Ortega and Valentina Rosendo Cantú. The rulings determined that during 2002 -under different circumstances, at the age of 25 and 17 years old respectively- both women were raped and tortured by elements of the Mexican armed forces in the state of Guerrero, Mexico. The events took place in a context of poverty, discrimination, and what the Tribunal called “institutional violence by the Military”.

On 25 October 2010 both women, in collaboration with their representatives, presented to the Ministry of Interior, a working plan to guide and coordinate the implementation of the reparations ruled by the inter-American Court of Human Rights. The proposal includes the installation of 7 working groups on: (I) Justice; (II) Recognition of International Responsibility; (III) Education, Health and Rehabilitation; (IV) Compensations; (V) Trainings; (VI) Legislative Reforms; and (VII) Public Policies and Community Reparations. The scheme establish that each working group will take place after the request of Mrs. Fernández Ortega and Mrs. Rosendo Cantú, based on the priorities and needs expressed by both women, in order to coordinate to fulfil all reparations.

After continuous delays, proving the reluctance of the State to comply with the verdicts, on 15 March 2011 at the Ministry of Interior, an official event took place to endorse the working plan presented and launch the installation of the working groups. Representatives of different State Ministries – from the Ministry of Interior, the Ministry of Foreign Affairs, the Attorney General’s Office, and the Legal Advising Team of the Presidency – attended the event and committed themselves in front of Valentina Rosendo Cantú, Inés Fernández Ortega and the Organisation of the Me’phaa Indigenous People (OPIM) to fully comply with the rulings and to work in coordination to fulfil the reparations ordered by the Court.

Two working groups started to work on the issues of Justice and Education and Health. However, to date, no substantive results have been achieved.

The current situation is critical. On one side, the Federal Government refuses to continue with the work already in track with the working groups; on the other, recently Inés Fernández Ortega and Valentina Rosendo Cantú after nine years, achieved that the investigations into their cases were sent to the federal civilian jurisdiction. Thus, it is now the obligation of the Attorney General’s Office to provide concrete results with no further delay.

In this context, Inés, Valentina, OPIM and Tlachinollan appeal for your support to continue to demand to the Mexican State abides by the endorsed agreements by: reinstalling the working groups in order to fully comply with the rulings, and carrying on the investigations to bring before justice those members of the armed forces responsible. 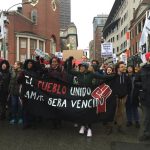 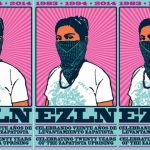