Solicit the CIDH to the Mexican Government, guarantee the physical and psychology integrity of union leader Marcelino Coache Verano and his family
•    From this point, the State will be responsible for the physical and psychological integrity of Mr. Coache Verano and his family
•    No significant advances of the denunciation of torture

Due to the grave actions of the state government and the passiveness of the federal government in response to the acts against Mr. Marcelino Coache Verano, which have been constant since the moment he left jail, he has been a victim of persecution, which has taken the form of a series of threats, hostilities and aggressions by the police and other unknown individuals.  These always pertain to his activities that were carried out as a leader of the APPO and a union leader.  This is going on without the justice system having made responsible those who committed the said occurrences.

Sadly, because of the negligence of the justice department, on Wednesday, March 4th, 2009, he was illegally deprived of his liberties, was tortured and threatened in order that he wouldn’t speak out against what happened to him.  They also threatened him with death, as well as his family and the others representing the defense, an act that lays bare this situation of persecution, hostility and threats that continues to live on in the state of Oaxaca, without the authorities doing anything.

In response, the defense opts to place into international evidence the events of the said situation, being gathered by The Consortium for the Parliament dialogue and equality in Oaxaca, The Center of Human Rights “Bartolomé Carrasco Briseño”, The Diocese Commission of Justice and Peace (CODIJUP), The 25th of November Liberation Committee; we proceed to solicit the Interamerican Commission of Human Rights (CIDH) in Washington D.C., and their intervention to solicit of the Mexican Government protective measures for Mr. Coache Verano and his family.  For which, on the date of May 8th, 2009 awarded cautious measures REF MC 132 Mexico, and likewise to the state in order to have the effect of implementing in a timely fashion, measures that will guarantee physical and psychological integrity.

The Consortium for the Parliament dialogue and equality in Oaxaca
The Center of Human Rights “Bartolomé Carrasco Briseño”,
The Diocese Commission of Justice and Peace (CODIJUP)
The 25th of November Liberation Committee.

Organizations that accompany us: 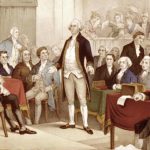 Callout to the First Inter-American Gathering Against Impunity 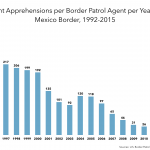