Marcelino Coache Verano’s “kidnapping” between Wednesday and Thursday by an unidentified group left the former political prisoner and Popular Assembly of the People of Oaxaca (APPO) councilor with visible signs of torture and first and second-degree burns on his chest and genitals.

These facts were revealed by the victim 24 hours after the event and this Saturday, accompanied by Father Wilfrido Mayrén Peláez, President of the Oaxacan Archdiocese’s Justice and Peace Commission, he will file a criminal complaint.

The political prisoner from the 2006 conflict was abducted last Wednesday around 2:30PM in the vicinity of Trujano Street in the historic city center, after attending a meeting of the “March 3rd” City Cleaning Workers Union.

A group of people pushed him by force into an SUV and brought him to an unknown location where they proceeded to torture him.  According to his account, they forced him to undress, tied his hands behind his back and gagged him with a cord that constantly impeded his breathing.

His captors appeared to be “kidnapping” him because he tried to ask his family for ransom money and on repeated occasions they asked him about various sums of money.

After not receiving a positive answer, they hit him with their fists and later kicked him on the sides of his body.

Marcelino Coache showed the cigarette burns on his chest and nipples, as well as his genitals.

Among the acts of torture he was subjected to was being beaten in the head with the butt of a gun and the constant cocking of the gun.

When some 12 hours had passed, they put him back in the SUV and brought him to an uninhabited area near the Guillermo González Guardado neighborhood, where the municipal dump is located, near the Oaxaca-Puerto Ángel highway, some 15 kilometers from the capital.

The APPO councilor was stripped of his belongings and left with only his pants, which put him at risk of hypothermia.

For several minutes Coache wandered around with no one offering to help him until a taxi driver came to his aid and brought him to the IMSS clinic where they attended to his wounds.

Marcelino Coache was imprisoned for 14 months, beginning on December 4, 2006, when he was detained in Mexico City, in the company of Flavio Sosa Villavicencio, and later was released without charge. 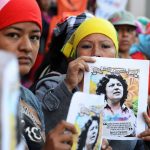 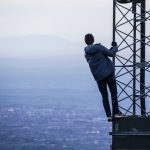