This month, you may have the opportunity to see CASA in action! Our book, Teaching Rebellion: Stories from the Grassroots Mobilization in Oaxaca, is touring the U.S. and Canada with Mexican guest speakers Gustavo Vilchis and Silvia Hernandez and CASA activists and interpreters Melissa Mundt and Chris Thomas. To pre-order the book online, click here.

The Teaching Rebellion speaker tour aims to foster dialogue among activists from Oaxaca and the U.S. around organizing strategies and movement building utilizing the experience of Oaxacan organizers who brought together labor, indigenous, women’s, youth and neighborhood organizations to build a powerful movement for democracy and accountability.

“Once you learn to speak, you don’t want to be quiet anymore.”  Alfredo Land, indigenous community radio activist.

A Sneak Preview…the back of the book:

In 2006, Oaxaca, Mexico came alive with a broad and diverse movement that captivated the nation and inspired communities organizing for social justice around the world. Fueled by long ignored social contradictions, what began as a teachers’ strike demanding more resources for education quickly turned into a massive movement that demanded direct, participatory democracy. Hundreds of thousands of Oaxacans raised their voices against the abuses of the state government. They participated in marches of up to 800,000 people, planned strategy over the barricades, occupied government buildings, took over radio stations, held sit-ins, and reclaimed spaces for public art and altars for assassinated activists.

In the now legendary March of Pots and Pans, two thousand women peacefully took over and operated the state television channel for three weeks. All this despite the fierce repression that the movement faced—with hundreds arbitrarily detained, tortured, forced into hiding, or murdered by government forces and paramilitary death squads. And the Oaxacan people are still determined to make their voices heard. 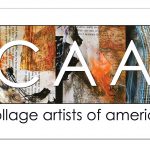 From the Editors- CASA August Newsletter

Digital Marketing: The Most Favorable Model Of Marketing