With an historic 7-4 vote the Supreme Court of Mexico this week held responsible Governor Ulises Ruiz (URO) of Oaxaca for violations of human rights. Rejecting the opinion of Justice Mariano Azuela, the Court, for only the second time, blames a sitting governor for violating citizen’s individual rights. The one previous condemnation followed a massacre of seventeen campesinos in Guerrero in 1995. The governor later resigned.

The present ruling justifies the claims of violations of many civil society organizations, the APPO (Popular Assembly of the Peoples of Oaxaca), and Section 22 of SNTE (National Education Workers Union). The teachers union now hold symbolic leadership of the struggle for social justice in Oaxaca.

The PAN-PRD-PT- Convergencia political alliance to oust the PRI in 2010 leaped into the moment of glory. Convergencia Party paid for a full-page ad in Noticias on October 15 to advise URO to resign for the sake of dignity. Ahem! The president of the Justice Commission of the Chamber of Deputies demanded that the PRD and the PAN not lynch the governor of Oaxaca, but since the PRI holds the majority in the state legislature, I assume that was rhetorical. The state government of Oaxaca (now, who could that be?) assured the public it would be “attentive to the conclusion”. Investigate itself for criminal acts? The PAN deputy Javier Corral Jurado urged that the Federal Attorney General respond to the judgment, and “place suitable penal and administrative responsibility.”

And there’s the rub. The Court’s decision carries no penalties other than political fall-out, and pressure. However, the PRI leader Beatriz Paredes, declares her support for Ulises Ruiz.

As is my custom I went down to the zócalo to see the crowds. No crowds. I saw only a petition table staffed by the PRD for citizens to object to the new federal sales tax. I was looking for placards painted “Ya Cayó!” and maybe even some dancing in the Alameda. Nothing. My guess is that after the initial announcement by Mariano Azuela, activists fell silent, despite teachers and APPO being photographed battling police in Mexico City outside the Supreme Court building. It felt like everyone is holding their breath. Or maybe the victory is worthless.

The Court members, whose reasons for objecting to the opinion of Azuela varied widely, did not include a condemnation of former president Vicente Fox (of the PAN, which is also Calderon’s party) and officials of Fox’s cabinet. Nor did they assign blame to Jorge Franco Vargas, “El Chucky”, who acted as Oaxaca’s Secretary of Government during the repression, or to the state attorney general Lizbeth Cano. Today the opposition politicos are howling for their heads to roll. 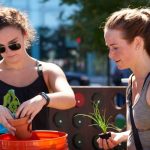